Toku-san released as a series of LINE stickers!

An award-winning character we created for the Tokugawa Art Museum has been released as a new sticker on the popular free messaging service LINE. 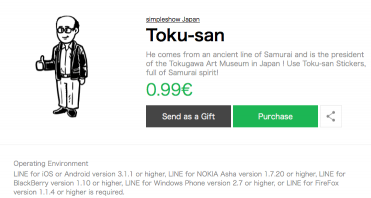 He is a character who appears in an explainer video we created for the Tokugawa Art Museum in Japan. He is a descendent of Shogun Ieyasu Tokugawa from the 22nd generation Yoshitaka Tokugawa. He’s also the current president of the popular Tokugawa Museum; even finding time to pose for pictures with every one of the museum’s guests before they enter! 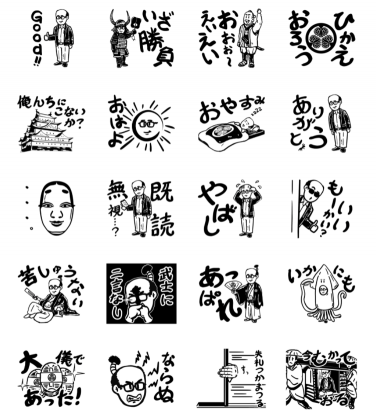