The Rise of the Emojis

What’s the fastest growing language of the twenty-first century? English? Spanish? Chinese? Nope, you’re thinking far too old school. Who uses words anymore, when everything you need to say can be expressed with a face (or ghost, or party streamer, or fist bump, or broken heart…)

That’s right – Emojis are taking over language. And whilst some of us might find the very idea of those ideograms a slap in the face to traditional sentence structure, there’s no denying their prevalent use in popular culture. Sony is even creating an Emoji movie, about what they get up to inside your phone. Seriously.

But why have these simple pictures become so popular and so widely used? It’s because they represent concepts and emotions far more simply and easily than words can. Call it laziness, but why spend time writing out a full, detailed emotional response to something, when you can put a ‘face with tears of joy’ instead? After all, we’ve been using pictures to explain things since the ancient Egyptians and cave-people before them. Maybe it’s because pictures transcend language barriers.

As Monica Lewinsky said in a recent Guardian piece on cyber bullying, “our brains process images faster than text, which means the fastest way you can help – the least amount of time between someone feeling alone and upset, and feeling just a tiny bit better – is with an image.” She’s gone on to create a series of emojis for just that purpose.

Pictures are often instantly recognisable, and so also take far less effort by the brain to decode. Think of how you can see a sign of a red circle, crossed through, and the silhouette of a dog behind, and immediately know that it means ‘no dogs allowed’. Or how you can look at the floppy disc icon when using a word processor, and know what it’ll do. It all works around ‘prior association’. The human brain is wired to react quickly to visual stimuli. That’s why simpleshow’s simple illustrations are so effective at conveying a message.

Or perhaps the younger generation are just attracted to the pretty pictures and have grown tired of the previous placeholder for effort in instant messaging: LOL. One thing’s for sure, the Emojis are here to stay. What was the Oxford Dictionary’s word of the year for 2015?

Face With Tears of Joy. 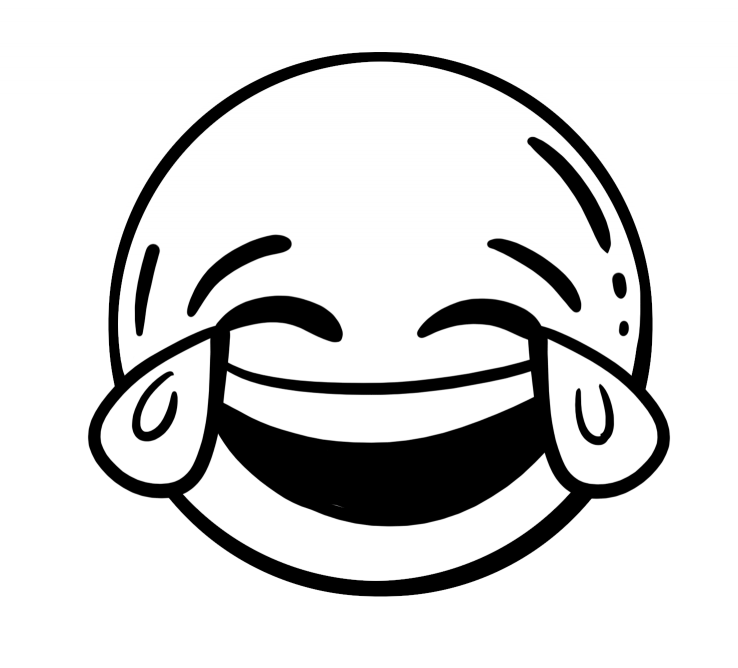