Having a vision and changing plans:
How simpleshow came out of random chance

We tossed confetti, popped the corks, and played Stevie Wonder’s “Happy Birthday” at full blast. In April, simpleshow turned eight. For a little while, we stood around like proud parents and couldn’t keep ourselves from repeating the typical clichés: “How time flies.”

A good opportunity, we thought, to rewind and have a look at simpleshow’s beginnings. The explanation experts are anything but the outcome of a finely honed explainer video concept or business plan. At Startup Next in Stuttgart two years ago, co-founder Jens recounted that although people like to plan things, they underestimate one thing without exception: random chance.

8 years earlier: Before the explainer videos, there was a white piece of notepaper

Back then, simpleshow’s founders Jens and Adrian had a very different plan far removed from explainer videos: they wanted to be musicians. They already had a band and wanted to start a record label. What they were missing was seed money. An entrepreneur friend of theirs advised them to go freelance and earn money that they could invest in the label. So he put a white piece of notepaper on the table in front of them and asked, “So what are your skills, anyway? What can you earn your money with?”

And the two of them made a list of all the things they’d learned for their degree: “media production, project management, a little sound, a little video.” The idea of a production company made sense. Said and done. Under the name Maria, they started building websites, designing flyers, and doing whatever work landed in their laps. Still no sign of explainer videos. “Maria was a classic duck. A duck can walk, swim and fly. But it isn’t very good at doing any of them,” Jens chuckles. 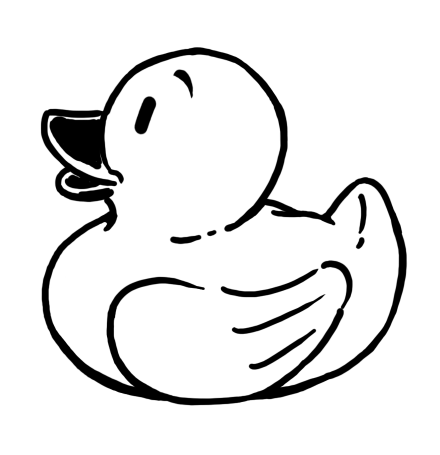 The end of the duck days

That would change when a software maker approached them. One of his products, Media Asset Management, was an excellent piece of software, but its target users had no clue what it was good for. His request: make clear what the software can do in a three-minute explainer video.

Although Jens and Adrian still had no idea how they would make an explainer video happen, they said confidently, “Sure, no problem.”

Since the budget was not exactly lavish, they had the idea of a simplified presentation on a sheet of paper with a pencil and two hands, eliminating everything that wasn’t truly necessary.
Also, they wanted to tell a story in their explainer video that their audience could relate to. What were these people’s daily lives like? What were their challenges? And how could the software – Media Asset Management – solve them?

So they phoned up an art student friend of theirs who did the illustrations. For the recording, they drove to see another buddy, who lived 250 km from Munich, and produced the first explainer video in his student flat. The first simpleshow was born.

Instead of giving a 50-slide Powerpoint presentation, the customer could now show a three-minute video explaining what problem his product solved. He was pleased. For Jens and Adrian, the explainer video project was completed. 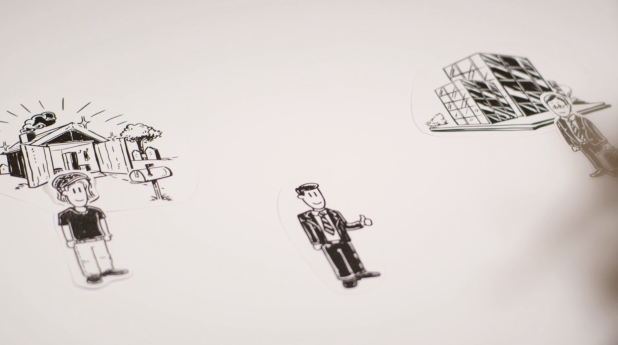 Until random chance came into play
Something happened that they hadn’t reckoned with. The customer called them again. One of his business partners wanted a similar explainer video too. As creatives, Jens and Adrian wanted to design a new concept with a new look. But no, the new customer wanted their explainer video to be just like the first simpleshow they’d seen. So the two of them drove back to their buddy’s student flat and produced another one there. Then came more phone calls from companies that also wanted explainer videos in the same style. It dawned on them: the customers didn’t want their own drawing style, their own special music, their own voice actor. The important thing was for the customers to know exactly what they would be getting.

From a video producer to an explainer expert

“Maria” turned into simpleshow, the video production company whose “speciality” was explainer videos. Until they realized that their true skill was not the (easy to replicate) techniques for making such videos, but the very act of explaining. simpleshow became the communication consultancy that it still is today – with thousands of videos produced, over 150 members of staff at 10 locations and an archive of countless Scribble illustrations. 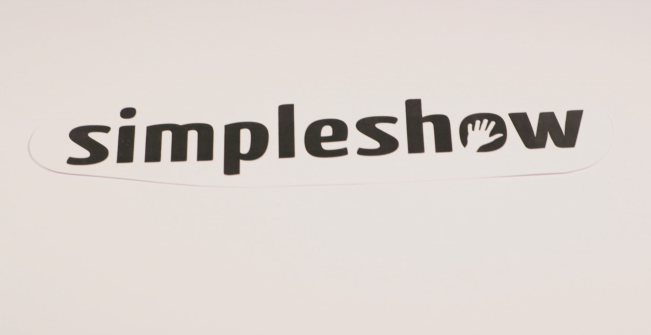 Of course Jens and Adrian didn’t give up music completely for simpleshow – it’s now a hobby instead of a source of income. That wasn’t the plan, but well, that’s how chance works.

So let’s raise another toast – to chance and to the next eight years of simpleshow and incredible explainer videos.