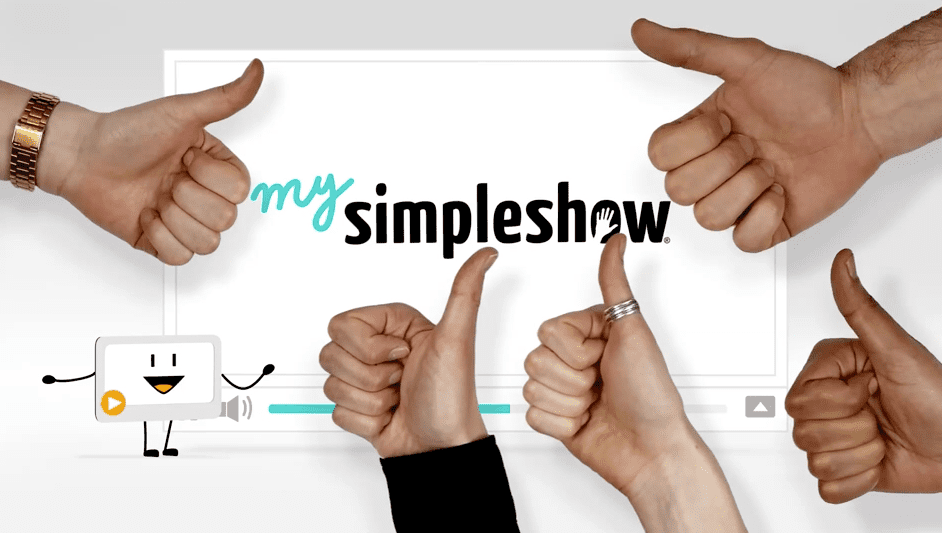 Having the fingers in every pie: Why an explainer video with hands is much better than one without

Let’s do something crazy… like put a summary at the beginning of this article. The summary will be about the characteristics of a typical simpleshow explainer video. Let’s go:

– super easy explanation of a complex topic
– voice of a speaker
– scribbled illustrations
– maximum length of 3 minutes
– end result: you’re much smarter than you were before 😉

Anything missing? (Jeopardy melody while thinking) Aaaah sure! The hands!

Although this little detail was almost forgotten, the appearing hands are more than just assistants. There are a few relevant reasons why a video with hands might be more successful than one without.

It’s time to honor the hands in explainer videos. Here’s why:

The hand leads the eye

You as the viewer are able to concentrate on the explanation instead of worrying about “where do I have to look next?“ The hand will undertake this task for you. For instance, if a hand moves upwards on the screen, it’ll let you know: “Attention! Something is coming down from the top of the screen.“

No shocks because of sudden appearances

It’s always a bit creepy (and overwhelming) if something pops up out of nowhere. So thumbs up to the video with hands, which forewarns you whenever another character, building, tree, goldfish, or any other illustration will enter the scene.

The mood lies in the hand

Is the hand moving in a hectic manner? Is it jumpy, relaxed, or slow? The movements will transport emotions, put emphasis on certain facts as well as add relevance to them.

It adds the human touch

You hear the human speaker’s voice. Nice! You see a hand that’s a human one. Nicer! But nicest? You have enough evidence that a real person is explaining the topic at hand 😉  Doesn’t that make the explainer video with hands more trustworthy?

Although it is not your own hand that is shown, it’s handmade by you with mysimpleshow. And why shouldn’t that be reflected through the hands in your very own explainer video?

Not a real fact

One last point: Without the hands there wouldn’t be that swish sound. And considering we like that sound effect, we don’t want to miss it. So, it’s better make a video with hands (so the swish sound is guaranteed)… we promise it comes in handy!