Drink up for a healthier life – A national U.S.-Campaign

Yesterday, September 12th, we were on tour – this time in the U.S.

To be more precise, we were in Watertown, Wisconsin to celebrate the start of the Drink up initiative – a national campaign in the U.S. aimed at encouraging people to drink more water and live healthier lifestyles.

This was exciting because First Lady Michelle Obama, who is the honorary chairperson of the project, hosted the event. Actress and super model Eva Longoria was also involved.

But what exactly is this campaign about? And whom does it affect? This simpleshow was produced in cooperation with Partnership for a healthier America. Watch and enjoy!

The campaign continues to leverage social media in its communication efforts, (Hashtag #DrinkH2O), with not only the engagement of Michelle Obama and Eva Longoria, but with thousands of tweets, videos and pictures also supporting this campaign. simpleshow was also present and live tweeting throughout the entire event (@simpleshow). It was such a fantastic opportunity for us to meet great people, such as Lawrence Soler (President and CEO of PHA), Ed Huber (Vice President of The Clorox Company), Christine Widga (Marketing Director of Wataah!), John David the Mayor of Watertown, and more. 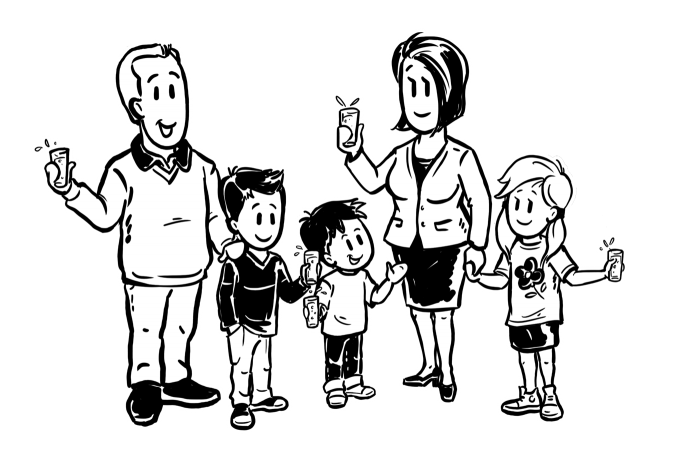 Best wishes from your simpleshow team.