The Power of Storytelling

What does an animated cowboy toy, a little girl tumbling down a rabbit hole and a series of crudely etched cave drawings have in common?

Since the human race began, we’ve relied upon stories as a form of communication. What’s that big orb of fire hanging in the sky? It’s being pulled by a chariot-driven God in the heavens. What’s going to happen if we keep abusing our planet? We’ll end up in a desert wasteland fighting over petrol tankers. What lies beyond the stars? Aliens that want to blow up the White House. The content may change over time but the method stays the same, and that’s because stories are the best form of communication.

An audience needs to be engaged; otherwise they’re going to stop paying attention. If I started this article by listing various retention statistics you’d have been less likely to keep reading!

Think of any film you’ve ever seen (or book of fiction, if you’d prefer); I guarantee it has a central character. And I bet they have a problem or issue that they have to overcome. The audience needs to empathise with the character’s plight otherwise, well, why would they care? Take this example:

A secret agent chases a man on a motorbike through the streets and rooftops of Istanbul. A woman on the other end of his phone tells him that the man he’s pursuing has stolen MI6 secrets. The spy acknowledges the situation, and continues to chase.

Okay, you’ve got me; I’ve just reeled off the opening sequence to the film Skyfall. But see what happens if we remove the character and his plight:

MI6 secrets are important and it would be really bad if they were stolen.

It might contain the vital information… but it’s really, really boring.

And as the world evolves, so does storytelling. Nowadays people struggle to sit through anything more than a three-minute YouTube video, so you really have to get your message across to them in a concise, snappy and entertaining manner. Did James Bond read a dry, 1000-word email from M about why the stolen information was so important, until he fell asleep through boredom? No, she told him whilst he was already on the move: concise, snappy and thoroughly entertaining. And as an audience we don’t want to read reams of information; if we know what the problem is straight away, we’re more likely to care about the solution. We want to know how the story ends!

And stories aren’t just confined to the silver screen of course; we all take on the role of storyteller each and every day. Do you tell your children a bedtime story? Do you regale tales of wonder to your friends down the pub? We’re experts in telling stories in our personal lives, so why don’t we use it in a professional setting?

Surely harnessing the power of a well-told story is more likely to get your message across than force-feeding your audience masses of facts, statistics and hard-to-swallow statements? Don’t shy away from a good narrative – it may be just what your employees or customers need.

At simpleshow we believe in telling stories through video. We introduce a central character your audience can relate to, introduce a problem they can empathise with, and then deliver your message as the solution/ resolution. It’s simple, effective storytelling, all done within three short minutes. 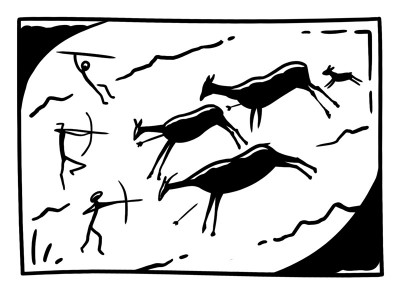